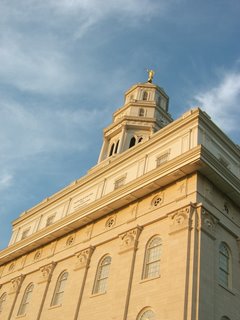 We visited Nauvoo, Illinois last weekend for a few days. Nauvoo was home to many of the early Latter-Day Saints from about 1839 until 1846. After being driven out of Nauvoo, the Saints finally found a home in the deserts of the Utah valley. These pioneers gave up so much during these years, and we felt of their sacrifice during our visit. Although we took approximately 3,643 pictures, here are a few for your viewing pleasure. 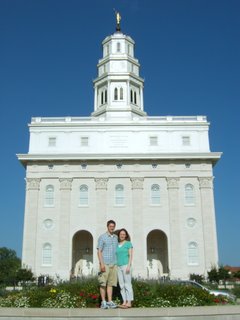 The pictures of the Temple do not adequately portray it's beauty, but here they are.

We also visited the Carthage Jail where the Prophet Joseph Smith was martyred by a mob with his brother Hyrum in 1844. The Church has done well in preserving this site. The first picture shows Chrissy and Marshall standing in front of the door that was shot through a couple of times by the mob. The hole in the door that is at Marshall's level is the shot that killed Hyrum. You can tell Marshall is pretty upset about the whole situation. 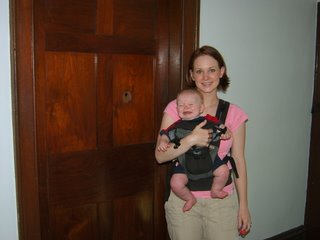 The first picture shows me in one of the jail cells. 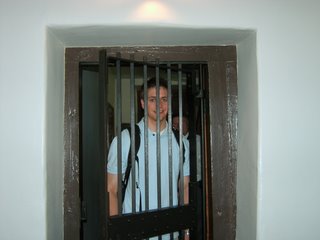 The picture shown with all of us with the building in the background is from our tour of Carthage Jail, which views the upper window that Joseph Smith fell from as he was shot four times. After the mob confirmed Joseph was dead, they fled in fear of being pursued by Mormons and left Chrissy's ancestor, John Taylor, with Willard Richards in the Jail. They both survived the attack even though John Taylor was shot several times. Chrissy had a great photo opportunity in front of a monument for her ancestor. 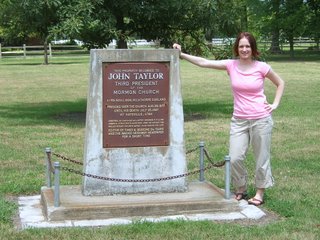 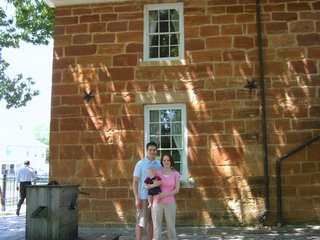 Marshall was a very happy young man during our trip. The car ride was about seven hours of driving time, and Mom kept him well entertained anytime he felt bored. 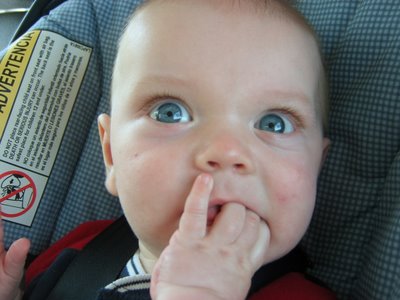 I think every parent has a picture like this one... 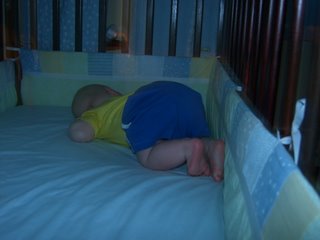 This is one of those pictures that all parents adore. There is something about a cute little baby bottom sticking up in the air that is cute and funny. We were lucky to catch this one while Marshall was sleeping.

Fun at the Zoo 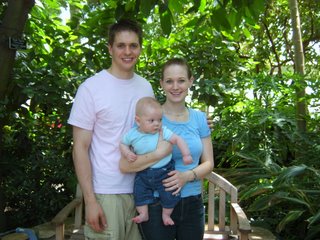 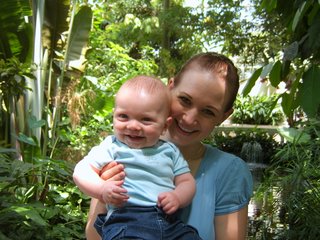 We had a great time at the Zoo last weekend. Marshall didn't seem to know that there was much happening around us, but we had lots of fun. The picture of Marshall and Chrissy is Dad's new favorite picture!

Here a couple of other enjoyable pics. Everybody loves to see partially nude babies! 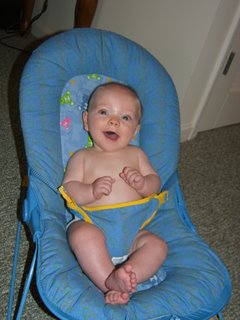 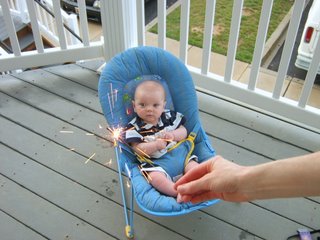 Posted by Jackson Family at 8:54 AM 2 comments 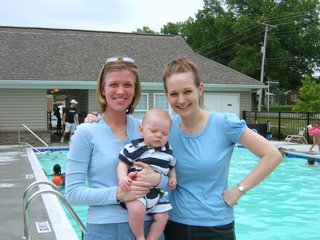 Chrissy and Marshall took advantage of the long Independence Day weekend and visited Amy in Kentucky. They obviously had a good time evidenced by the following pictures. Either Amy's haircut or Amy's persuasion convinced Chrissy to cut her own hair nice and short. Thank you to Amy, Chrissy's hubby loves it! 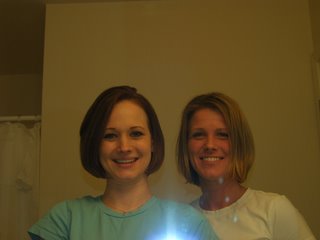 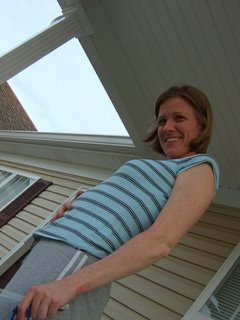 Here is a picture of Amy...barely showing her pregnant stomach! Don't worry, I think it will get a little bigger with time.

Posted by Jackson Family at 8:43 AM 0 comments 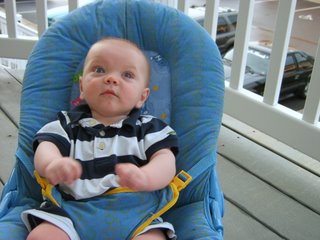 Wow...it has been too long since we have updated the blog. Sorry about that. Well, Marshall is changing everyday and doing new things all of the time. He often rolls over and flaps his arms together at the same time. All of this means that Marshall is using is gross motor skills, or the movements of large muscles of the body. Marshall's new activities are difficult to capture on camera, but this picture actually shows the movement of his arms.

Posted by Jackson Family at 8:26 AM 0 comments 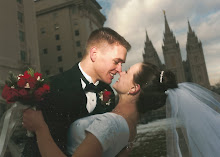